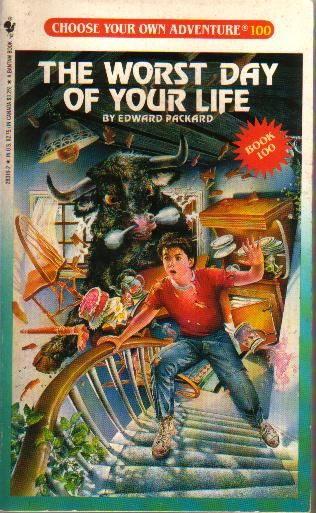 It’s been a funny few days, to say the least, but as I sit down to write this update there is a certain calm descending over our normally chaotic household. It could be the calm in the eye of the storm but for now I’ll take the calm and roll around in it like a naked lottery winner on a massive pile of fivers. The calm has been caused by getting used to the self-injection of insulin (my five year old can even do it now), I’m a dab hand at testing my blood and I’ve finished taking the antibiotics so we’re moving on in to something else approaching normal. That said, I’ve now had to inject myself in a pub car park and the toilets at Bill’s Restaurant in Plymouth so I’m getting a weird insight in to being an addict which comes with its own set of social anxieties. I might start marketing a special arm band or hat that denotes that the wearer is, in fact, not a junkie but just has a less than operational pancreas. I’m thinking a nice shade of mauve.

Since being ‘released’ from hospital I’ve done very little aside from rest and listen to my body which sounds about as interesting as it is but I’m slowly learning how important that is to do. So far, my body has said things like “Urrr, I’m a bit scared of cake now”, “Lunch makes me sleepy now”, “Why do you keep stabbing me?” and “Oooh, look, none of your trousers fit now, you’re so skinny”. Oh, and just in case you were wondering, my body’s voice sounds a little like camp Bruce from Family Guy. To silence these mundane voices, I’ve been trying to achieve things each day and my main triumph has been to lodge an insurance claim after our shed and all its contents were obliterated in the recent storms. Yeah, it’s a been an absolute riot.

Moving mercifully forward to today, we had the joy of an Oncology consultation and, sitting in the waiting room, you suddenly realise how blissful mundanity can be. It has often been said that those who have only known peace time take it for granted and I think you can apply that to those that have a normal, straight-forward, healthy life. There’s no bitterness behind that statement and lord knows I wouldn’t wish our current situation on anyone, but if you find yourself wishing for a little excitement then maybe just take a look around and check what you’re putting on the table before the croupier pulls your chips in.

Ominously, my name was called out with complete accuracy and soon we were sat in consultation room 6 – our little home from home, complete with a box of tissues and replica Brian Pollard paintings. Even more ominously, we were left waiting for less than a few minutes (longer than a moment but shorter than a while) before the three amigos arrives; Oncologist, Skin Cancer Nurse Specialist #1 and Skin Cancer Nurse Specialist #2. The full team. Now, if this had been the 80s and the summer holidays then I would have, at this point, been able to choose which page my adventure would lead on to. Choose Your Own Adventure books, however, have laid the foundations for false hope in my adult years and I don’t have anywhere near as much control over the direction my life is going as I had been led to believe. Nevertheless, there were choices to be made whether I had a say in them or not.

The current situation is that my pancreas is still pretty inflamed due to the pancreatitis, as are my lymph nodes and the whole area is generally doing its best impression of my garden shed post-storm but with added fire and horse shit. As a consequence, the surgeons want me to clear up the mess in there over the next five weeks so they can CT scan me again and see what’s left. Once they have a good picture of how far and wide the melanoma has spread across my pancreas, we then hit the fork in the road;

Option 1 – slice me open, whip out as much of the diseased pancreas as possible, stitch me back together and then segue smoothly in to 12 weeks of immunotherapy.

Option 2 – skip the slicing and dicing and move straight on to the immunotherapy (assuming the surgery isn’t actually going to add any benefit).

So, here’s what we do now; spend five weeks waiting for a scan, spend another couple of weeks waiting for the results and resultant treatment plan and then run headfirst down whichever fork in the road is deemed the most fruitful. Right now, we don’t know what is at the other end of this road but, again harking back to the 80s, we didn’t have a Sat Nav and if the road you are on goes off the edge of the map then you just have to keep going. One thing we do now is that we’ll be stopping off for petrol and snacks in Immunotherapy-ville so that will be a new place to visit and send postcards from. At least I won’t be sending Christmas cards though, Christmas is clear unless any other parts of my body decide to just give up and stop working……